Taking pictures at gigs is harder than it looks. Jono White, who’s shot the likes of Wolf Alice from the middle of a moshpit, has some simple tips for success …

Don’t rush things. Stop and wait for the photo to come to you. Too many music photographers frantically scurry around the pit to force a moment or chase a shot. The likelihood is, you’ve already lost it, so wait. If you’re constantly chasing a moment that’s already happened, you’re going to miss one that’s developing where you were stood originally. Having patience will also train your eye and enable you to take fewer but better photos. You can enjoy the performance, and after the show you won’t have to spend the next few hours sifting through hundreds of images to find one to post. You’ll have a concise number of good images, any one of which you’d be happy to share.

Be aware of your environment 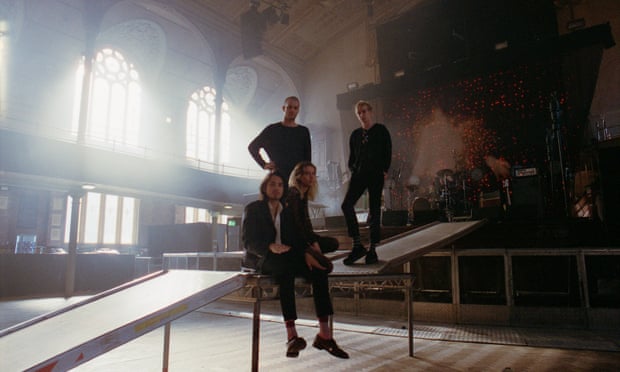 ‘Complementary light coming through a window can make a photo that much more memorable.’ Photograph: Jono White

You may want to be as close as possible to your favourite artist, but their surroundings often paint a more interesting picture and give context to the photo. It could be a sign, architecture or complementary light coming through a window that makes a photo that much more memorable. If you go to watch a band play in a beautiful venue like the Albert Hall, Manchester, get a photo from the back of the room. It’s easier to get to because everyone else is pushing towards the front of the stage. From the back, you can show the space, the size of the show and the crowd. These will be the photos that people remember and find more compelling. 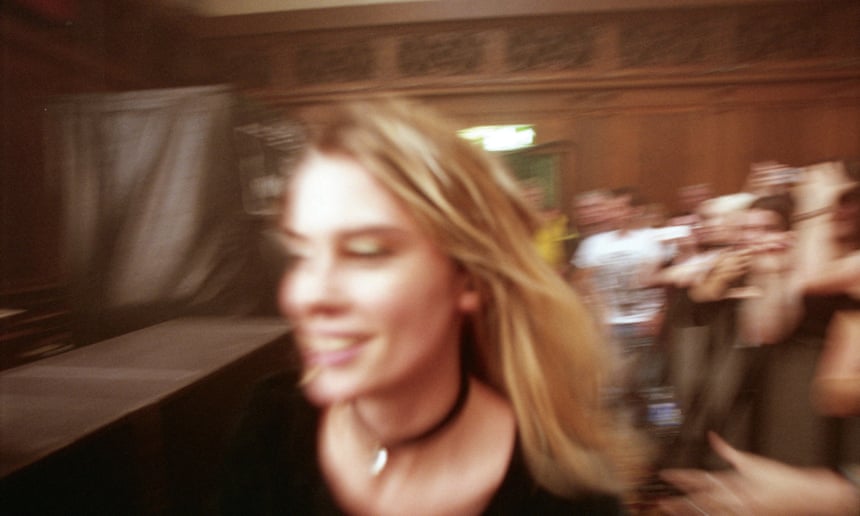 Don’t be disheartened and erase a photo if it’s blurry. I often purposely shoot on a lower shutter speed as it gives a still image a sense of motion and emotion. Being able to see that movement tells more of a story than a freeze frame. It also injects more of a human feel to a 2D image. Sure, there are times when you absolutely want a photo to be crisp, but that doesn’t mean the ones that aren’t are garbage. A photo with some blur can be more aesthetically pleasing. We don’t see life in stills. None of the other people in the room are experiencing the show like that. This is when you can make a photo more of an art piece, rather than just a document of a moment in time. 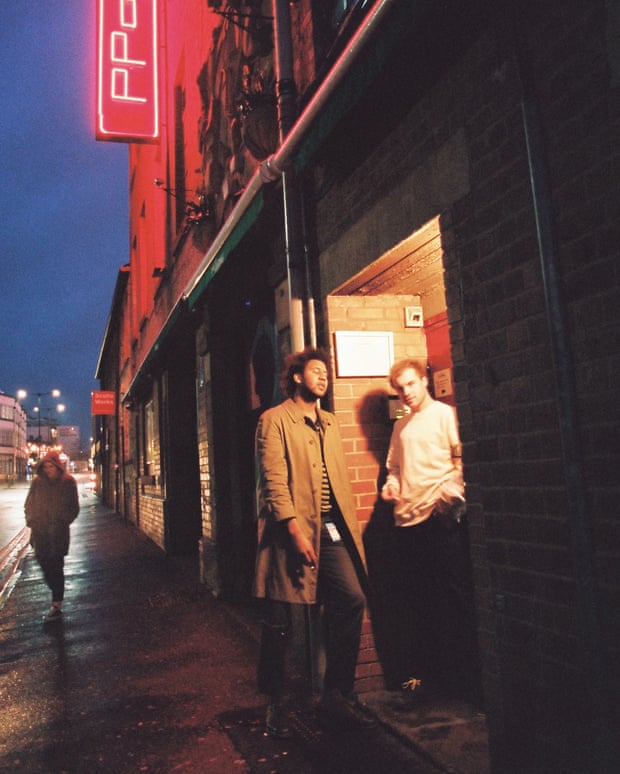 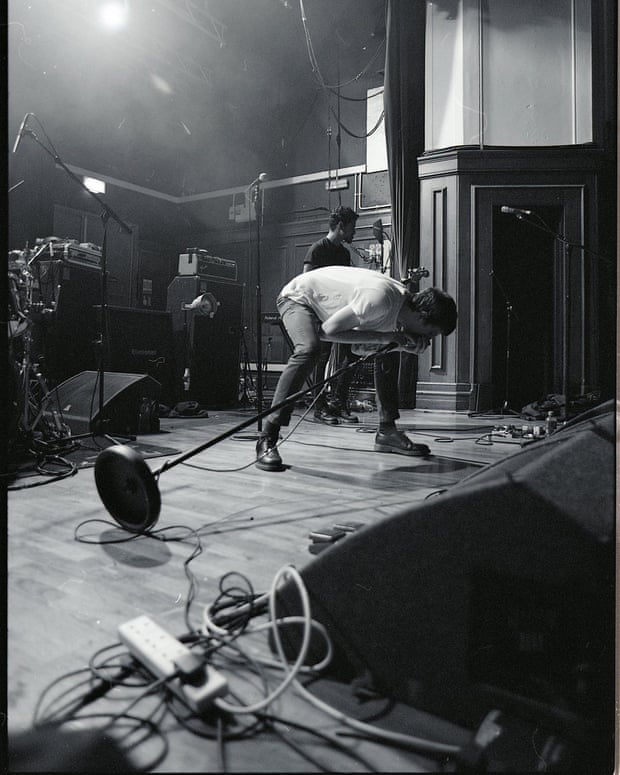 ‘The interesting photographs are those that include the stage; little details on the floor.’ Photograph: Jono White

When you go to a show you’ll see professional photographers with huge zoom lenses that enable them to achieve the best closeup of whichever artist is playing. There will also be countless camera phones pushed to their limit, zoom maxed out. These photos have a place, but I like using wider lenses. A wider lens gives context and more of a feel for the occasion. You can google any artist and see headshots of them from show to show, but the interesting photographs are those that include the stage; little details like a rose on the floor. It’s important to remember that it isn’t just about the band. The set has been designed and a team are working on lights as the band are playing. If you can capture all of that in one image, it’s a lot more striking. 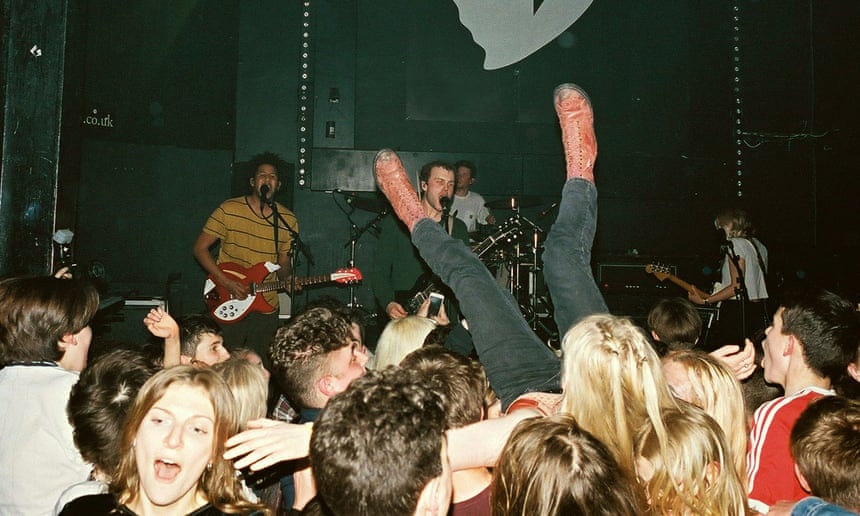 ‘Shooting as a fan in the crowd feels more authentic and emotive than the photo pit.’ Photograph: Jono White

Don’t be afraid to get in the mix. You should absolutely want to get to the front of the stage for uninterrupted and clear shooting of the band, but the real experience and best way to document the show can be from the middle of the room. Shooting as a fan in the crowd gives a perspective that feels more authentic and emotive than the photo pit. A forest of waving arms, crowd surfers and euphoric faces will add to an image and mark the occasion more than an everyman shot of the singer’s face.

‘There’s no rule for portrait or landscape – go with whatever works best.’ Photograph: Jono White

There’s a simple answer – choose whichever looks best and is in keeping with the points above. If there’s something interesting that can be framed better in landscape, do that. If you want a full body shot, that’s better achieved in portrait. There’s really no rule for this, though. Sometimes a landscape photo with information in only a quarter of the image is more striking. The black space can enhance the mood of the photograph. Whichever way you shoot, the “rule of thirds” should apply, whether you’re just doing it for fun or you’re Joe Camera.

[Via: The Guaridan | Image Credits]