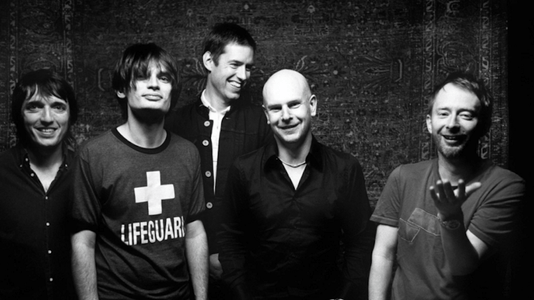 "He will write a song, or a piece of the song, and the idea is the last part of it is developed with everyone's input."

"He will write a song, or a piece of the song, and the idea is the last part of it is developed with everyone's input.

"If the focus isn't there, then it has to be my job to make it happen. I just have to do whatever it takes, which makes me unpopular because I’m like, 'Okay, this is how we’re going to do it. This is where this happens. You’re going to change to that bit there.'

"At first, there was nothing happening, and I had to find a way of making that record. One of them is just that it's all recorded on 8-track tape, except for three songs that were recorded using 24-track tape loops.

"I did that to bring everything together and keep them focused. Because otherwise it wouldn't have happened...

"In the end, we went to a residential studio in the south of France for three weeks and then I went off and I just put it all together myself."

Nigel also talked about his father's death near the end of the record's sessions, saying:

"The day he died was the day that we had the string session for 'Burn the Witch.'

"We had two days to do it, so I literally left him on a fucking table in my house and went and recorded.

"And it was a very, very emotional day for me. He was a string player as well so it was one of those things where it felt like he would want me to go and just do this."

"It felt hard to make progress, and then suddenly we had two golden weeks in the studio - kind of isolated - and it felt like we broke the back of lots of difficult things and came away with half a record suddenly.

"We just needed some isolation... And I think we just operate on a steady diet of anxiety and uncertainty and utter conviction in the songs."

[Via: The Ultimate Guitar | Image Credits]